Professor Eric Danquah, Director of the West Africa Centre for Crop Improvement (WACCI), University of Ghana has made a call for the training of a critical mass of plant breeders to secure the future of the seed industry in Africa.

This call was made on Tuesday, June 29, 2021, during a visit by H.E. Hailemariam Desalegn, Board Chair of the Alliance for a Green Revolution in Africa (AGRA), to WACCI.

Accompanying H.E. Desalegn, were Madam Agnes Asiimwe Konde, Vice President, Program Development & Innovation, and Mr. Forster Boateng, West Africa Regional Head among other team members.  The visit, was to among others, interact with representatives of the Ghana Early Generation Seed Consortium for Sustainable Production of Quality Seeds.  WACCI, is the lead of this consortium which was established to scale up the production of breeder and foundation seeds for maize, soybean, cowpea and groundnut.

Addressing the delegation, Professor Danquah highlighted the benefits of training African plant breeders and seed scientists in Africa in the race against time to eradicate food insecurity by 2030.

“WACCI has one of the highest outputs of PhD graduates in plant breeding education in the world over the past 14 years. It costs significantly less to train our students at home” he said.  “Our students have gone on to release improved varieties of staple crops and have raised funds for their research institutions. This is the value of quality plant breeding education in Africa for Africa. Therefore, we must strengthen and replicate the WACCI model across the continent if we want a food-secure Africa”, Prof. Danquah added. 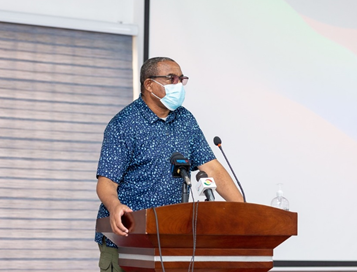 For his part,  H.E. Desalegn commended WACCI for its achievements over the past 14 years in building the necessary human capacity, as well as conducting innovative and impact-driven research needed to drive food security and agricultural development in Africa.

“WACCI is now much more important than ever because of the food challenges facing Africa”, he said.

Madam Konde, in her remarks, also gave high praise to the Centre for its enviable accomplishments over the years in developing human resources and innovations to champion Africa’s green revolution. She called on WACCI, AGRA and other relevant stakeholders to continue to work hard in identifying and eliminating bottlenecks that prevented smallholder farmers from adopting innovations and technologies to fast-track efforts to transform agriculture on the continent. 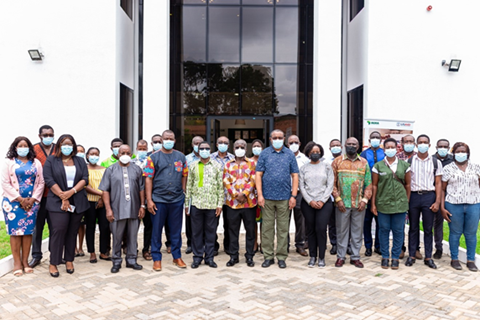 H.E. Desalegn and Prof Danquah with the WACCI team and AGRA officials