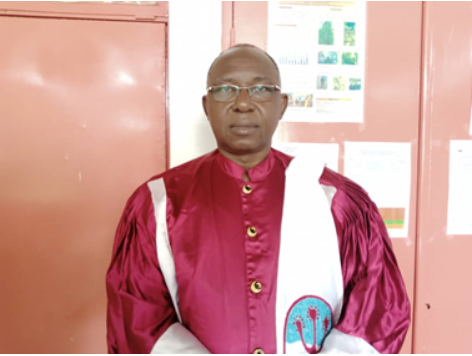 ACE Impact Centre’s continue to excel in their respective research fields, with the project team continuing to receive awards and/or recognition by local, regional, and international institutions among others. In this article, we feature Prof. Amoukou Adamou Ibrahim of the Regional Center of Excellence on Pastoral Production: Meat, Milk, Hides, and Skins (CERPP) who was recently promoted to the professorial rank.

The ACE Impact communications team got in touch with Prof. Amoukou Ibrahim to learn more about his research interest areas and his career journey thus far.

Having graduated from the Hassan II Agronomic and Veterinary Institute of Rabat (Morocco) and the Ecole Supérieure d’Agronomie of Rennes (France), Prof. Ibrahim obtained his degree in Agricultural Engineering in Plant Improvement and a Ph.D. in Science in Biology and Agronomy respectively.

He is currently the coordinator of the academic programmes of the Regional Center of Excellence on Pastoral Production: Meat, Milk, Hides, and Skins (CERPP) of the Abdou Moumouni University.

Prof. Amoukou’s areas of interest in research impact are focused on three crops – millet, sesame, and dietary cucurbits. In the field of genetics and plant breeding, his research has focused on the agro-morphological, biochemical, and genetic characterization of the local plant material of these species. The search for genes of interest for resistance to drought and phosphorus deficiency, genes of indehiscence of capsules using mutagenesis, before addressing the creation of improved varieties adapted to environmental conditions have all been investigated and researched by him during his career.

In Agronomy, his focus is on the search for technical references on the one hand to produce sesame in the off-season (irrigated) and on the other hand, in the study of the role of sesame in the fight against Striga (Striga hermontica and Striga gesnoroids) which constitute serious scourges for the cultivation of millet and niebe respectively.

“The results of my research have allowed the introduction of sesame and cucurbit cultivation into millet-based cropping systems as an alternative to agricultural intensification; the processing of sesame products to increase their added value and their diffusion to increase the incomes of a significant number of households” said Prof. Amoukou Adamou Ibrahim.

“My active participation in the formulation team of the project of “Regional Center of Excellence for Pastoral Productions: Meat, Milk Leather and Skins”, called CERPP which obtained funding from the World Bank as an ACE Impact Centre, was positively appreciated by CAMES as an important effort to boost research in the community” he said.

Prof. Amoukou Adamou Ibrahim indicates that his involvement in CERPP is an opportunity for him to continue to train through research in two forms :on the one hand through the supervision of national and regional students (bachelor’s, master’s and doctoral degrees), and on the other hand through the work in multidisciplinary research team supported by various projects.  Together with other team members of the CERPP, we will contribute to strengthen the quality and relevance of higher education and research in the field of pastoral production and its valorization in the Sahel countries.

Specifically, our intervention areas are aimed at  (i) providing the Sahelian states with human resources and techniques and technologies to improve livestock productivity and revitalize the meat, milk, hides and skins industrial sector, (ii) strengthening research and technology transfer for the development of livestock and the pastoral production industry,  and (iii) making the Faculty of Agronomy of the Abdou Moumouni University (UAM) a regional and international pole of attraction in terms of vocational training in the production and valorization of pastoral products.

A Nigerian by nationality, Prof. Ibrahim was the Head of the Department of Basic Sciences, and then Dean of the Faculty of Agronomy of the Abdou Moumouni University of Niamey-Niger from 2002 to 2006.

Since 1993, he was a lecturer and researcher at the Department of Plant Production of the Faculty of Agronomy of the Abdou Moumouni University of Niger where he spent his entire academic career, progressing from Assistant to Full Professor in the specialty of Agronomy -Plant Breeding in September 2021.

He teaches the following modules in the University: Genetics and plant breeding, Agronomic experimentation, Seed production, Cultural diagnosis, Research methodology, Organic agriculture, and Conservation of agrobiodiversity at the Faculty of Agronomy. Prof. Amoukou Ibrahim has supervised many engineering, master’s, and doctoral students. 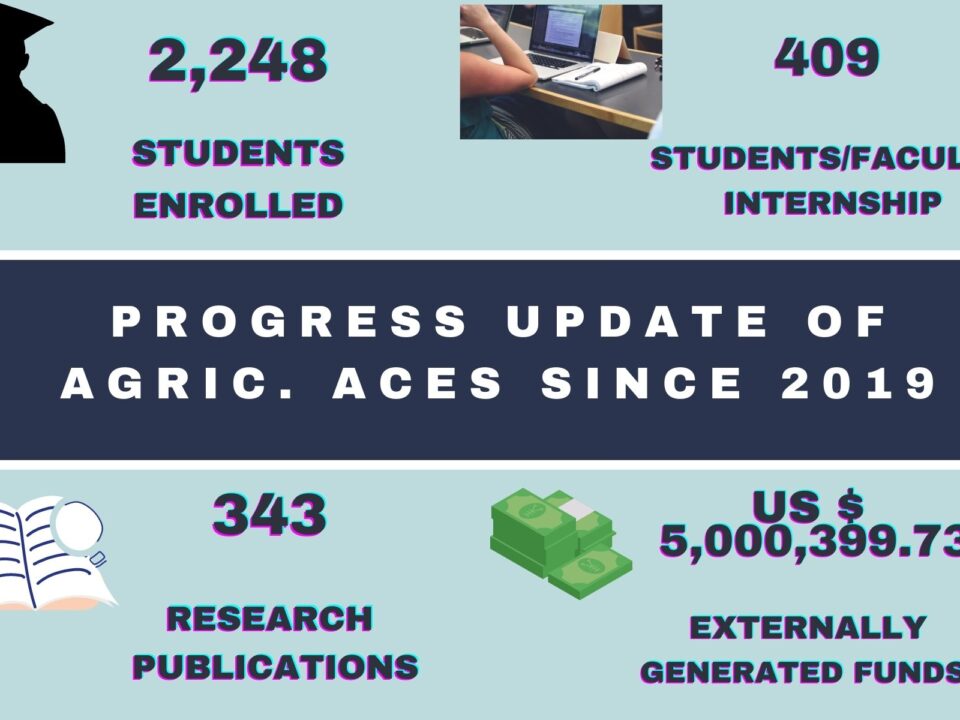 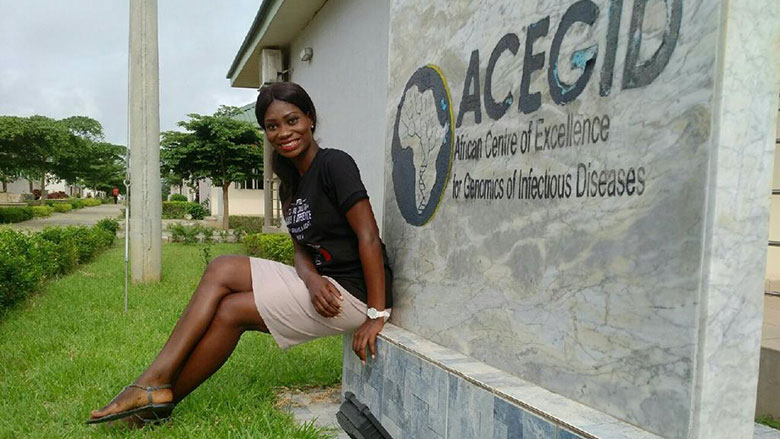 “I would never have done this without my love for what I do is my driving force”, Meet Grace Who Fights Malaria in Nigeria